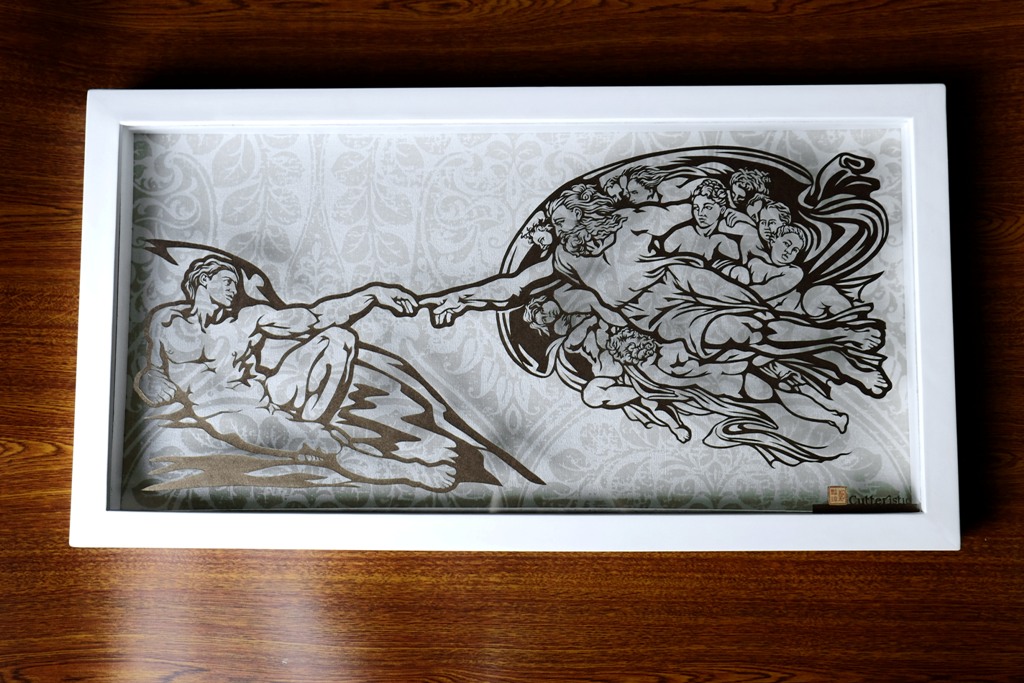 The Creation of Adam is a fresco painting by Michelangelo, forming part of the Sistine Chapel ceiling, painted circa 1511–1512. It illustrates the Biblical creation narrative from the Book of Genesis in which God breathes life into Adam, the first man. The fresco is part of a complex iconographic scheme and is chronologically the fourth in the series of panels depicting episodes from Genesis. It is the most well-known of the Sistine Chapel fresco panels, and its fame as a piece of art is rivaled only by the Mona Lisa by Leonardo da Vinci.

The image of the near-touching hands of God and Adam has become iconic of humanity and has been reproduced in countless imitations and parodies. Leonardo da Vinci’s Last Supper and Michelangelo’s Creation of Adam are the most replicated religious paintings of all time.

Several hypotheses have been put forward about the meaning of The Creation of Adam’s highly original composition, many of them taking Michelangelo’s well-documented expertise in human anatomy as their starting point. In 1990, an Anderson, Indiana physician named Frank Lynn Meshberger, M.D. noted in the medical publication the Journal of the American Medical Association that the background figures and shapes portrayed behind the figure of God appeared to be an anatomically accurate picture of the human brain.[5] Dr. Meshberger’s interpretation has been discussed by Dr. Mark Lee Appler.[6] On close examination, borders in the painting correlate with major sulci of the cerebrum in the inner and outer surface of the brain, the brain stem, the frontal lobe, the basilar artery, the pituitary gland and the optic chiasm.

Alternatively, it has been observed that the red cloth around God has the shape of a human uterus (one art historian has called it a “uterine mantle”), and that the scarf hanging out, coloured green, could be a newly cut umbilical cord. “This is an interesting hypothesis that presents the Creation scene as an idealised representation of the physical birth of man. It explains the navel that appears on Adam, which is at first perplexing because he was created, not born of a woman.”